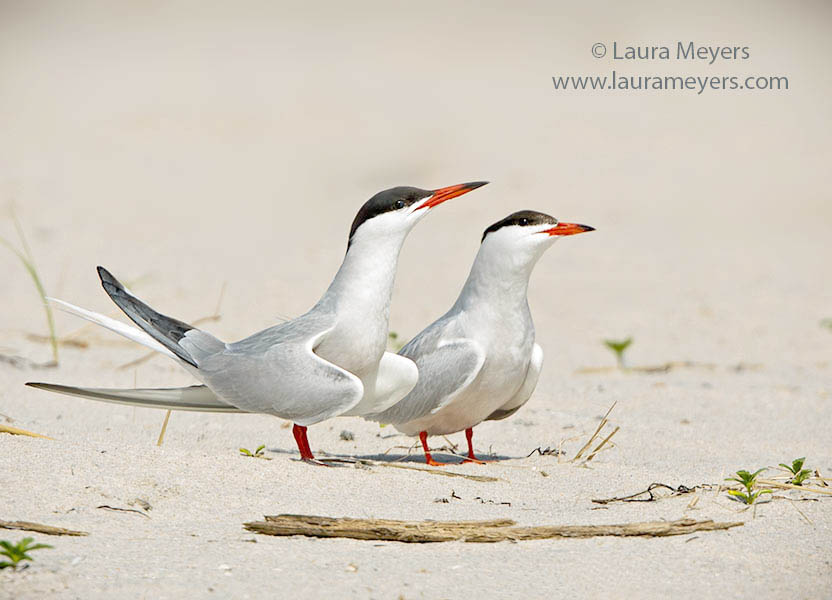 A story unfolded as I photographed this pair of Common Terns on the beach. The male flew in with a large fish and the female was not in the least bit interested. He finally ate it himself. After about five minutes, the female got up from the nest, poked her head into the nest and flew off with this broken egg. She flew high into the air and dropped the egg onto the sand in a similar manner to that of a gull dropping a clam shell. Since I captured this whole incident on camera, I could also see the contents of the egg falling out of the broken shell. There were very few Common Tern nests at Nickerson Beach compared to previous years which makes me wonder if Hurricane Sandy created a problem for these nesting birds.